DEPARTMENT of HEAT AND MASS TRANSFER IN DISPERSED SYSTEMS (TDS) 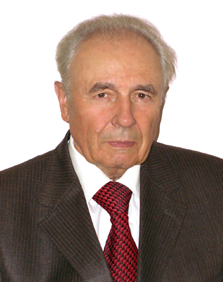 The head of the department, the academician of the National Academy of Sciences of Ukraine and the Honorary Director of the Institute, Anatoly Andriyovych Dolinsky is a scientist in heat power engineering, heat and mass transfer and heat engineering, the organizer of science, the Honored Worker of Science and Technology of Ukraine (1991), the laureate of the National Award of Ukraine on three occasions  in science and technology (1984, 1997 , 2004).

While managing the institute, A. Dolinsky preserved traditional scientific schools and approaches, and at the same time adapted the structure and subject-matter of the institution to market conditions. He actively uses market methods of work and forms of management, pays great attention to management, marketing, to the investment and innovation activities. With the participation of the institute, joint ventures in Vietnam, joint scientific and technical centers in the USA, China have been established and are operating now. This became feasible due to the commitment of the scientist and the great experience of introducing new scientific ideas into production, his persistence in achieving the goal, efficiency in solving scientific and production problems. The subject of the institute corresponds to the priority directions of the state’s development, thanks to which several dozen units of technology and equipment are implemented annually. On the initiative of A.A. Dolinsky, an exhibition of the Institute “Energy Resource Conservation” is functioning and constantly replenished with exhibits. The Institute’s works are regularly exhibited at Ukrainian and international exhibitions, many of them awarded with prizes. The Institute’s best practices are implemented in Russia, Spain, the Czech Republic, India, Vietnam, Argentina, Bulgaria, and the scientific collaboration is engouraged with the United States, Britain, Poland, China, Russia and other countries.

Dolinsky is one of the initiators of the creation of demonstration zones of high energy efficiency in Ukraine, namely, the demonstration zone “Southern” in Zaporizhzhia with the use of cogeneration technologies. The scientist tries to realize this idea in Kyiv. He strongly supports the development of heat technology, aimed at using the heat of waste gases, alternative energy sources, systems and devices for monitoring and optimizing processes in energy generating and energy consuming facilities.

In drying under the guidance and with the direct participation of A. Dolinsky, a significant number of modern energy-saving technologies and equipment units have been developed and implemented. He proposed and gave scientific credence to a fundamentally new method of intensifying the processes of heat and mass transfer during the discrete impulse transformation of energy, he also established in Ukraine a scientific direction on the development of nanotechnologies based on the ideas born at the institute, made a significant contribution to the evolvement of the theory of heat and mass transfer in dispersed gas-like environments and developed methods for its calculation.

For many years A. Dolinsky has been the editor-in-chief of the scientific journal “Promyshlennaya teplotechnika”, the English version of which “Industrial Heat Engineering” is reissued in the United States. He is a member of the editorial board of the scientific and applied journal “Renewable Energy” and editorial boards of international journals “Problems of Machine Building” (Ukraine), “International Journal of Heat and Masstransfer” (USA), Drying Technology Journal (Canada), “Engineering-Physical magazine “(Belarus), etc.

Anatoly Dolinsky is an author of more than 500 scientific works, including 10 monographs and over 190 patents. He created a school of science, dozens of doctors and candidates of sciences are among his students. Much attention is paid by the scientist to the preparation of the future change. He is the head of the specialized scientific councils for the defense of doctoral and PhD theses.