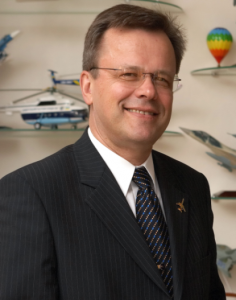 Vice head for science, Department head of heatmetry, diagnostics and optimization in power engineering, Corresponding Member of the National Academy of Sciences of Ukraine, Doctor of Technical Sciences, Professor, Honored Scientist of Ukraine, laureate of the State Prize of Ukraine in the field of science and technology

Babak Vitaliy Pavlovich was born on February 15, 1954 in Lubny, Poltava region. In 1977 he graduated with honors from the Faculty of electrical instrument and computer engineering of the Kiev Polytechnic Institute. During the 1977-1995 he worked in the KPI, passing the way from an engineer to the head of the department. In 1981 he defended his thesis, and in 1995 – a doctoral thesis;  n 1994 V.P. Babak promoted academic title of professor. Since March 1995 he was Chief of the accreditation of the Ministry of Education of Ukraine, and from December was appointed Deputy Minister of Education of Ukraine on Higher Education, which was until December 1998. In 1997, Vitaly Pavlovich was awarded the honorary title “Honored Worker of Science and engineering of Ukraine “, and in 2001 – was awarded the State Prize of Ukraine in the field of science and technology. In 2003 he was elected a corresponding member of NAS of Ukraine in “diagnostics of on-board power systems”.

During the 1998-2008 V.P. Babak was the rector of the National Aviation University, which under his leadership has received national status (2000), a self-governing and autonomous University (2004). In the NAU significant structural transformations were implemented: reorganized and founded 65 new departments, faculties, institutes, developed advanced training programs, opened 45 new specialties, modernized educational and scientific base, introduced advanced educational technologies, improved learning environment, living and leisure of students. At the initiative of Vitaly Pavlovich in 2001 at NAU open European regional ICAO training of government safety inspectors training center; in 2003 at the training aerodrome University established the State Aviation Museum of Ukraine, and in 2006 became a member of the NAU International and European associations of universities. Under the leadership of V.P. Babak University successfully implemented a number of international scientific and technological projects, the state and departmental scientific and technical programs to develop theoretical foundations and methods for the diagnosis of power systems and their components, introduced modern signal processing technology and information security.

Now Vitaly Pavlovich headed the department of heatmetry, diagnostics and optimization in power engineering in the Institute of Engineering Thermophysics of NASU. The aim of his scientific work is the study of methods for optimizing heat transfer, development and introduction of heat consumption control systems, including solar collectors and heat accumulators, which provide 25-40% savings of heat energy, which is higher than the effectiveness of well-known domestic and foreign systems. Proposed and investigated the method of determining the content of residual oxygen in the combustion products of gas boilers up to 3.5 MW with the original probe alpha-indicator for the subsequent introduction of feedback in gas-air ratio control systems.

V.P. Babak is the leading Ukrainian scientist in the field of energy and information technologies, in particular the diagnosis of power systems, protection of information and signal processing, energy saving, monitoring and optimization in power system. He made a significant contribution to the development of the theory of power systems onboard diagnostics and tomographic data processing, received a number of results that are of fundamental importance. The methods of precision hardware measurement of phase shifts of harmonic signals in the event of a low signal/noise ratio and precision optoelectronic calibrating phase shifts. They have become the foundation for a high-precision ultrasonic instruments for nondestructive testing and technical diagnostics to determine the physical and mechanical properties of the composites, non-metallic and polymeric materials, materials based on aluminum; devices for fluid control, flowmeters.

The theoretical data basis for diagnosis of power systems based on the amplitude and the phase, frequency and polarization analysis of signals. Created methods to increase the resolution and improve image quality of ultrasonic non-destructive testing systems; model ultrasonic signals and systems imaging structural defects of substance; ways to improve the resolution of ultrasound systems by digital invariant filtering and precision ultrasonic thickness measurement tools based on amplitude-phase analysis. The generalized concept and model of computer tomography, ways to improve the resolution of computed tomography systems and methods for diagnostics of materials aerospace destination-based methods and a low-speed impact of free oscillations. Theoretically grounded and established mobile systems acoustic-emission diagnostics and locating position of developing defects. The models of the acoustic emission signals during the development process of destruction; identified informative parameters of signals and patterns of kinetics of destruction by acoustic emission signals; developed the concept of building a mobile technical diagnostics systems using modern computer technology and flexible software for control and data processing, control methods, identify and predict the physical and mechanical properties of various materials and products. According to the research developed original methods of technical diagnostics of materials and products, proposed and implemented methods for comprehensive detection, localization and identification of classes of defects in aerospace systems.

Developed and improved parametric methods of diagnostics of power onboard power systems during their operation. Created method of diagnosing one of the main components of power systems of the aircraft – the engine running in the parameters that are measured during operation. To implement this technique questions descriptiveness of diagnostic features have been investigated, create diagnostic matrices, selection methods to identify the technical condition of the engine, as well as localization of the fault location. For the first time in the practice of aircraft operation proposed a method for diagnosis of gas turbine engines (GTE) on unstable regimes with complexes of gas-dynamic parameters on-board power system. Methods for automating the processes of diagnosing onboard power systems, which have become the basis for mathematical models GTD workflow steady and unsteady operational modes; formulated the concept of building expert systems GTE technical condition evaluation based on artificial intelligence using neural network theory. For the first time in Ukraine created software package for processing experimental diagnostic information (NUMERI). Designed with the direct participation of V.P. Babak methods, technologies and equipment widely implemented in enterprises of Ukraine and Russia, such as “Pivdenmash”, “Antonov”, “MiG” (Komsomolsk-on-Amur), “Ukrainian Research Institute of Aviation Technology”, “Ukrspetsexport”, Chernobyl Nuclear Power Plant and others.

Over the years, V.P. Babak is actively involved in the work of scientific and public organizations. He is a member of the Certification Board of MES of Ukraine (1994-2008), the college of the State Aviation Service of the Ministry of Transport of Ukraine (2000-2008), Committee on Energy Committee of the State Prize of Ukraine in Science and Technology (2004), Bureau of the Department of Physical and Technical Problems energy, NAS of Ukraine (since 2006), two specialized academic councils for defending doctoral theses, editorial boards of Ukrainian and foreign scientific journals; deputy of the V and VI Kyiv City Council (2002-2008). Vitaly Pavlovich is the Honorary Doctor of the University of North Dakota (USA), Cordoba (Spain), Munich (Germany), Vilnius (Lithuania), Hankook (Korea), Tbilisi (Georgia). He is a member of IEEE.

For his great contribution to the development of science and education of Ukraine V.P. Babak awarded the Order “For Merit” III (2003) and II (2006) Degrees, Diploma of the Cabinet of Ministers (1999) and the Verkhovna Rada of Ukraine (2004), many medals and honorary signs.